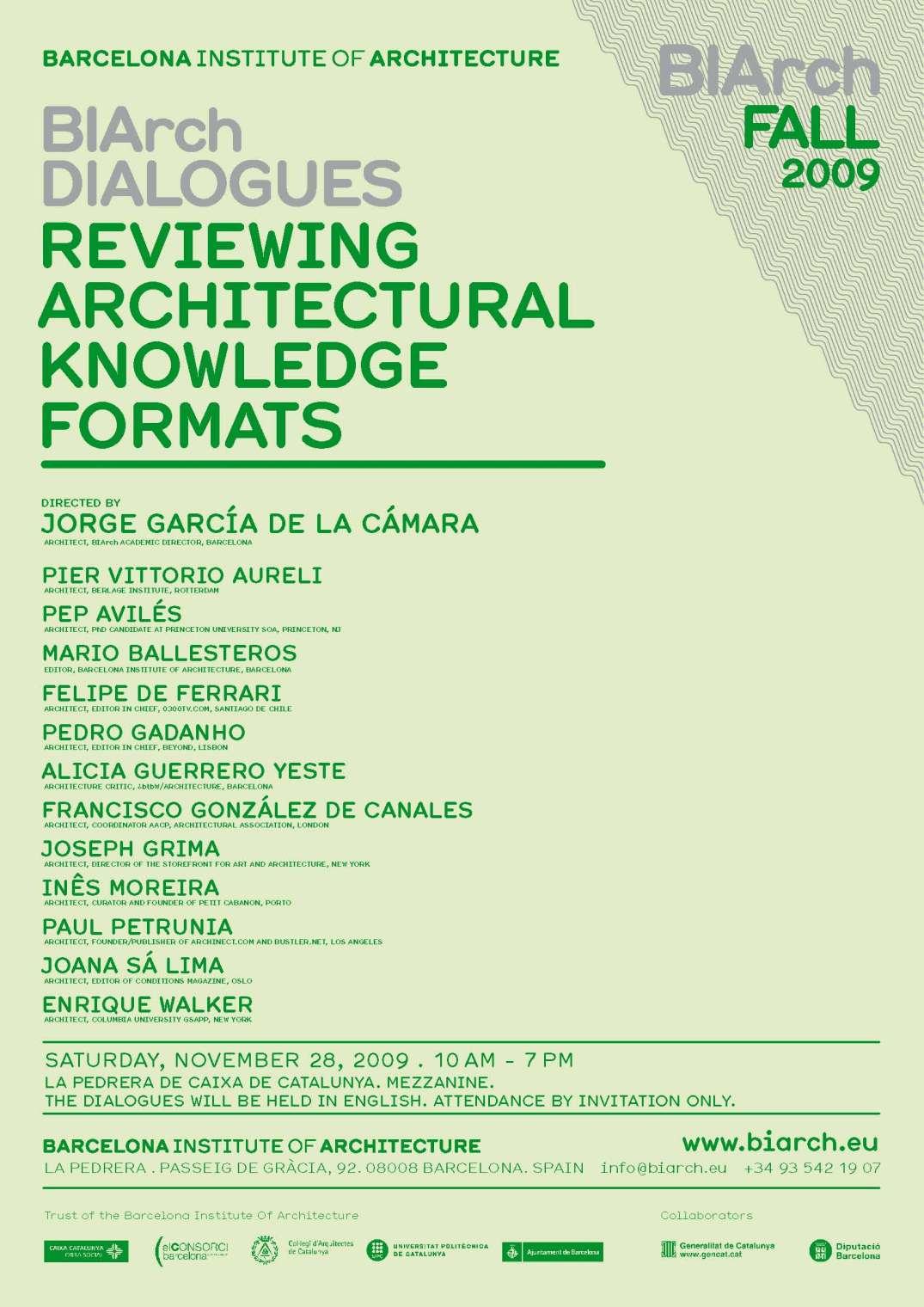 With the BIArch Dialogues “Reviewing Architectural Knowledge Formats”, the Barcelona Institute of Architecture will concentrate on the generation and dissemination of architectural knowledge through multiple channels, opening a field of inquiry that complements the Institute’s fundamental theoretical, technical and academic concerns. These dialogues, along with the many other activities offered by the Institute during the course of 2009, are set up according to the will of bringing forth the interests and contents of a new postprofessional institution at the close of the first decade of the twenty-first century.

The general objective of the dialogues is to extend the notion of architectural knowledge beyond curriculum. Expanding architecture culture is a particularly timely and challenging endeavor given the current state of the profession. Understanding the possibilities for architectural learning in alternative practices and fostering exchanges between modes of production and instruments of dissemination should offer a richer and potentially more stable professional outlook. Thus, alternative knowledge formats become key complements to the core academic activities of a postprofessional degree program.

By bringing together a series of young practitioners from a breadth of fields related to architectural knowledge, the dialogues will draw an outline for reflection and action in various areas of experience. What are the limits and possibilities of generating criticism or promoting reflection on architecture through print and digital media? What are the most appropriate formats for different types of information or audiences? How can academic and cultural institutions support each other and expand their respective scopes? What are the roles and responsibilities of architecture editors, critics or curators within the frame of knowledge and learning? How might the proper balance between different topics informing the discipline be achieved through the structuring of curricula? Through the shared reflection of scholars, critics, independent publishers, digital media entrepreneurs, curators, and cultural activists, the dialogues hope to establish a framework that might provide some of the answers to a context in which knowledge is permanently evolving.